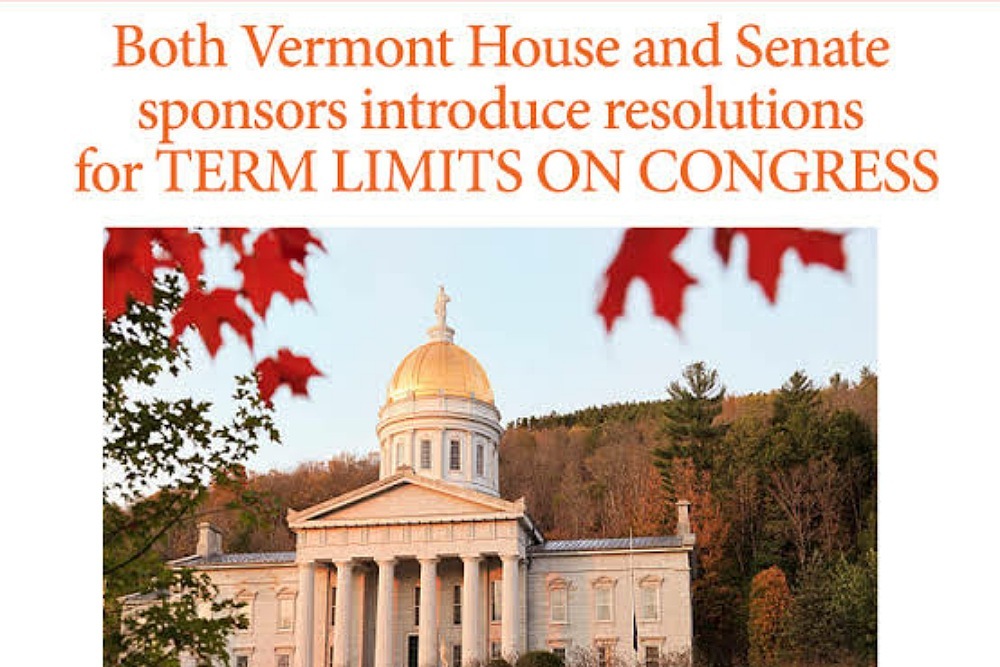 Senator Debbie Ingram has introduced senate resolution JRS 42 and the companion house resolution JRH 2 has been introduced by Rep. Robert Helm calling for Vermont to participate in a national initiative for the states to propose a congressional term limits amendment to the U.S. Constitution. The effort is being spearheaded by the nonpartisan, nonprofit U.S. Term Limits (USTL).

According to the last nationwide poll on term limits conducted by McLaughlin & Associates, conducted in January 2018, term limits enjoys wide bipartisan support. McLaughlin’s analysis states, “Support for term limits is broad and strong across all political, geographic and demographic groups.  An overwhelming 82% of voters approve of a constitutional amendment that will place term limits on members of Congress.”

Once the resolution passes both chambers of the legislature, Vermont will have the distinction of being among the first states in the nation to file an application for the states to convene for the exclusive purpose of proposing term limits on the U.S. Congress. When 34 state legislatures pass similar resolutions on the topic of term limits and subsequently approve the term limits amendment, it must be ratified by 38 states to become part of the U.S. Constitution.

Want to get notified whenever we write about U.S. Term Limits ?

Sign-up Next time we write about U.S. Term Limits, we'll email you a link to the story. You may edit your settings or unsubscribe at any time.